Who was Jesus? We know of the moral teachings of Jesus. But was Jesus nothing more than just a good moral teacher? Christians claim Jesus is God. Jews claim Jesus was an imposter and not the Messiah. Some skeptics claim Jesus never even existed. How can we reason about who Jesus was?

To start off, let us quickly dispense of the most ludicrous of claims – that Jesus never even existed. There are numerous lines of evidence that tell us that Jesus was real – a real historical person who lived during the first century A.D. including the volumes written about Jesus in the biblical Gospels, the Book of Acts, and the epistles (yes, early Christian testimony is admissible as evidence too). Besides the detailed life of Jesus from the biblical literature, we also have numerous references to Jesus of Nazareth in non-biblical historical writings of antiquity. The position that Jesus never existed is so fringe that even most skeptics think it absurd. 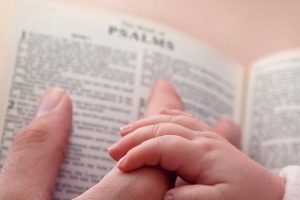 Abortion is Biblical? Say What?! 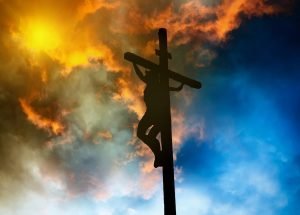 The 7 Things Jesus Said on the Cross 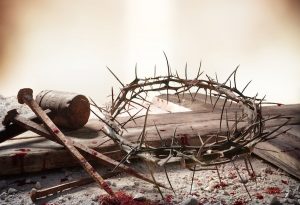 And as one would expect, those references to Jesus made by historians who were further away from Galilea and the events of Jesus’ life, they’re the ones who hold to a less favorable and often more adversarial view of Jesus. I suppose one question could be asked – isn’t it possible for Jesus to be who He is depicted in the New Testament and still be nothing more than a good moral teacher? I believe C.S. Lewis dealt with that view the best in two of his works. In the first, God in the Dock, Lewis demonstrated what separates Jesus from those who’ve espoused other religious views of other religions,

On the one side clear definite moral teaching. On the other, claims which if not true, are those of a megalomaniac, compared with whom Hitler was the most sane and humble of men. There is no half-way house and there is no parallel in other religions. If you had gone to Buddha and asked him, “Are you the son of Bramah?” he would have said, “My son, you are still in the vale of illusion.” If you had gone to Socrates and asked, “Are you Zeus?” he would have laughed at you. If you had gone to Mohammed and asked, “Are you Allah?” he would first have rent his clothes and then cut your head off. If you had asked Confucius, “Are you Heaven?” I think he would have probably replied, “Remarks which are not in accordance with nature are in bad taste.” The idea of great moral teacher saying what Christ said is out of the question. In my opinion, the only person who can say that sort of thing is either God or a complete lunatic suffering from that form of delusion which undermines the whole mind of man. If you think you are a poached egg, when you are looking for a piece of toast to suit you, you may be sane, but if you think you are God, there is no chance for you. We may note in passing that he was never regarded as a mere moral teacher. He did not produce that effect on any of the people actually met Him. He produced mainly three effects–hatred–terror–adoration. There was no trace of people expressing mild approval.

Jesus’ claims, if unproven, were indeed extremely elaborate and outlandish – that “of a megalomaniac, compared with whom Hitler was the most sane and humble of men.” Obviously, the resurrection of Jesus is one big proof that His claims were legitimate. But let us suppose, as those who claim that Jesus was nothing more than a good moral teacher, that the resurrection didn’t really happen, that Jesus never came back to life after His crucifixion. Are we still allowed to say that Jesus was just a good moral teacher? As Lewis illustrates in our next passage, that is impossible,

Jesus…told people that their sins were forgiven…This makes sense only if He really was the God whose laws are broken and whose love is wounded in every sin… I’m trying here to prevent anyone from saying the really foolish thing that people often say about him: “I’m ready to accept Jesus as a great moral teacher, but I don’t accept his claim to be God.” That is the one thing we must not say. A man who was merely a man and said the sort of things Jesus said would not be a great moral teacher. He would either be a lunatic – on a level with the man who says he is a poached egg – or else he would be the Devil of Hell. You can shut Him up for a fool, you can spit at Him and kill Him as a demon; or you can fall at His feet and call Him Lord and God. But let us not come with any patronizing nonsense about His being a great moral teacher. He has not left that open to us. He did not intend to.