The year is 1909. Turkish forces have surrounded Hadjin, a town of 20,000 in Turkey with a predominantly Armenian population. It’s now been days and the isolated people are running low on food and supplies. Many have taken cover in an orphanage where Christian missionaries from America have resided and worked. This is the onset of the Armenian Genocide.

Having spent the last few years in Hadjin working diligently in the orphanage, the American Christians are depleted in number. Having started out a party of 10, only three currently remain there as exhaustion and illness have worn down the selfless group. The Turkish forces are firing on the town from the surrounding mountains intent on wiping out as much of its Armenian population as possible. The only thing keeping the Turks from charging into the town to massacre the people is the group of American missionaries they knew reside in Hadjin. They know that harming the Americans would incite an international affair and a spotlight of that magnitude would not be in their best interest. 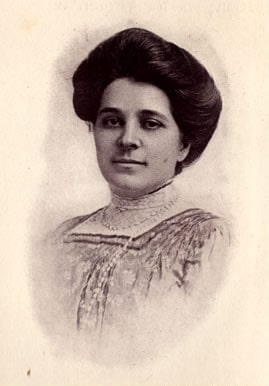 Rose Lambert, one of the missionaries, keeps watching over the Armenians and very few Turks that also reside in this town, trying to provide them with as much food and supplies as possible. She prays for and with the people urging them to keep their hopes up. They are all waiting for a separate military force said to be on its way coming to their defense. In her book, Hadjin, and the Armenian Massacres (FREE download of book at the end of the article), this is the scene that is set up by Rose Lambert giving an account of the events she witnessed. She recounts the horrible conditions,

“…one must be extremely tired and sleepy to secure even for a few moments an unconscious indifference to the surroundings.”

Why were the conditions so bad for the Armenians? Why were the Turks trying to wipe them out? Mrs. Lambert gives us some insight with her empathy,

“We had seen the oppression of the Armenian people, the oldest Christian nation on earth by their Mohammedan (Muslim) rulers and in our hearts the cry would arise, ‘How long, Lord? How long?'”

She further recounts the fact that the Americans were treated with utmost respect by the Turks, but the Armenians “always as inferiors.” After imposing regulations to keep the Armenians uneducated, the Turks would explain to Mrs. Lambert,

“[if you] give a donkey a handful of straw and a kick he is satisfied. You can tax and re-tax an illiterate Armenian and impose upon him as one chooses. He sighs but cannot help himself and one can do as he pleases. Educate this same man and when thus treated he asks for an explanation or proves that it is unjust.”

Multiple messengers were sent with telegraphs, but one after the other those sent out would disappear before arriving at the telegraph office. Mrs. Lambert continues, “as we looked upon this panic-stricken Armenian people and watched the bloodthirsty Turks gathering we remembered Christ’s words to his apostles, ‘Behold, I send you forth as sheep in the midst of wolves: be ye therefore wise as serpents and harmless as doves.'” Eventually, the division that was to come protect Hadjin arrived but had no intention of protecting the city. They instead joined the regimen that was already firing on the city. So much for help and protection! The shots kept ringing out bringing down all those who were susceptible, but amidst the shots, groans and screams something incredible happened, something that would stretch the bounds of grace beyond all measure. Mrs. Lambert recounts that a telegram was surprisingly received from the governor-general and another from the governor begging the American missionaries to take in the Turkish captain’s wounded boy and give him medical attention.  Apparently the Turks would not risk coming into town themselves to bring him themselves and so, the plea was made to an aged Armenian man named Vartevar Agha to go and bring the boy from the telegraph office – this an incredibly tall order for an elderly man: to rescue the son of those responsible for the horrific violence against his countrymen, and thus he turned it down. His rationale? It was not hatred, but the fear that if this Turkish child was to live and grow up and get enculturated with a Turkish mindset, he would only grow up and take part in future massacres of his people. This he feared.

Grace Amidst the Armenian Genocide

Yet, what ensued is perhaps one of the finest moments in the history of humankind. The heart of compassion of an elderly man towards a child proved to be too much. The selfless Christian heart now willing to risk its own life for the love of his fellow human beings boggles the mind. The old man was hence seen climbing the steps of the building having hurriedly carried the 14-year-old on his back up the steep streets through the town into the orphanage, where he would be cared for. I often wonder how a moment so beautiful can still and silence the echoes of gunshots and of the carnage and hatred of massacre. This must have been one of mankind’s finest hours, though shrouded in virtual obscurity, hidden in some book that some missionary wrote that few have read, blanketed under a genocide that few will admit. Thank God for Mrs. Lambert for leaving us her account in Hadjin.

How did an elderly man so selflessly conquer his fears with his love? I think and think, and I think that thinking is simply not the answer. Were we to rely merely on our reason we would rationalize our passive indifference with our fears and harvest a hatred. This is beyond all worldly comprehension. In the moments and circumstances that could easily justify fear and hatred towards the enemy, the selfless benevolence of an elderly man to risk his own life and save that of a child of his attackers is utterly irrational and meaningless. Yet, in a world without a God, such acts of nobility must be unreasonable and without any virtue.   And what of the extent of the massacre? Mrs. Lambert writes,

“Space will not permit me to write in detail of the many who were crucified, thrown into the river, killed with swords and axes, burned by the thousands in the churches or in their homes, and of the many who were tortured and killed in such hideous and awful ways that dare not be repeated, but it is estimated that in the vilayet of Adana between 20,000 and 30,000 were slain”

Yet, Mrs. Lambert was so committed to these small and “insignificant” group of people called Armenians that she and her companions swore to them that they would stay with them even to the point of burning with them inside the building. As Mrs. Lambert recounts of her reassurance of the Armenians,

“If the blood of 20,000 innocent Armenians is shed it will make very little difference if the blood of an American is mixed with it.”

And now as the Turks had infiltrated the city with thousands massacred in Hadjin and nearby Adana, many of the Armenians literally cut to pieces inch by inch, hundred years hence modern man in his philosophies and sciences sitting in his ivory tower, postulates that there is no such thing as good and evil, that we are all swimming in this endless sea of relative notions. How obnoxiously ridiculous!!! The events surrounding the Armenian Genocide are the very epitome of evil. Yet, Mrs. Lambert concludes her account with the most poignant and graceful words,

“Oh! The untold suffering and misery…How could God look upon such scenes of wickedness and cruelty? But He was their Savior. In all their affliction He was afflicted, and as our eyes are opened we see with the prophet Isaiah that ‘His visage was so marred, more than any man…’ and our hearts cry out ‘Lord! What wilt Thou have me do?’ He answers, ‘Lovest though Me? Love my lambs,…tend My sheep,…feed my sheep.'”

As the world grows colder with our insipid autonomy we can not forget our heroes who saw beyond themselves some greater purpose, something transcendent, something beautiful, worth preserving, of intrinsic value. We must always acknowledge the noble acts of selflessness from our firefighters, policemen, doctors, nurses, and soldiers. But, let us also not forget Vartevar Agha, an elderly man in some foreign land during some obscure massacres that the world has yet to fully recognize and condemn, who with the grace of God, found it in his soul to save the son of one who was trying to annihilate his people – an act of supreme stupidity or unworldly love and grace! This post is dedicated to the victims of the Armenian Genocide. You may see pictures of the atrocities, see a timeline of events, and find more information about the Armenian Genocide. If you’d like to read Ms. Lambert’s fascinating account, you may download the actual book in eBook format or in PDF.

One thought on “Grace and Love Amidst the Armenian Genocide”